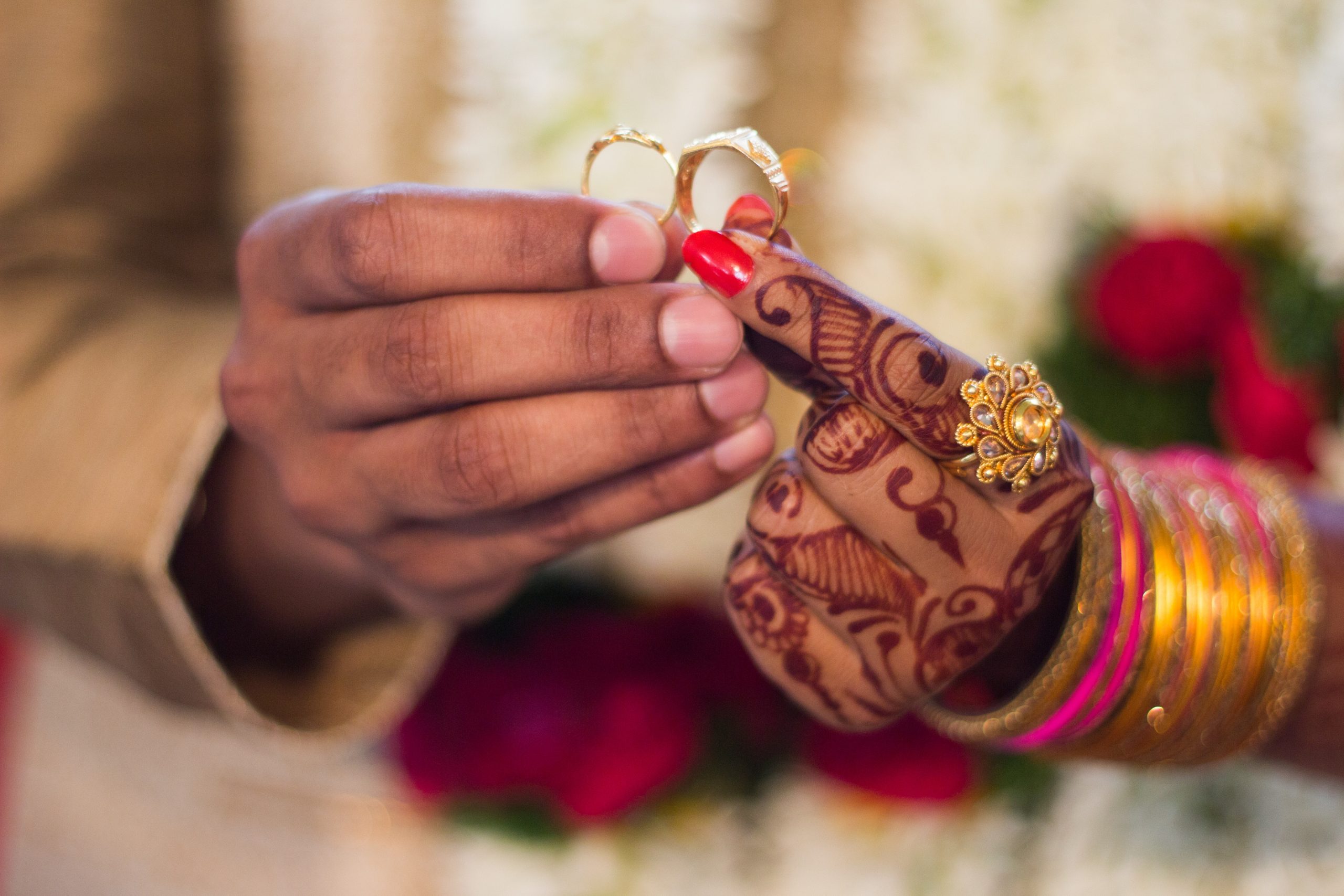 Islam is easily the second-largest religion in the world. Well over one billion people practice some form of the faith, and a majority of the faithful put religion at the heart of how they live their lives. Learning more about the diverse community of Muslims and the way they’re expected to conduct themselves throughout the marriage process is a good way to better understand this modern religion.

The Religion of Islam
All Muslims belong to a community of believers called the ummah. This community is—theoretically—united in certain beliefs and practices. For example, all Muslims believe there is no god but Allah, that Muhammad acted as Allah’s messenger, and that the Koran is Allah’s recitation. There are certain customs that all Muslims are expected to follow, but since Islam is interpreted in many ways across many cultures, it is difficult to make sweeping generalizations.

Cultural Variation among Matrimionial Muslim Marriage Rules
Indonesian-muslim-coupleThe vast complexity of Islam is compounded by cultural variations among Muslims. Every race and ethnicity counts some Muslims among its number, and mosques have been built around the world where they absorb local marriage customs. Many Muslim scholars take pains to make it clear that local customs often influence the practice of the religion.

Who May Marry
It’s true that the Koran guides Muslims in seeking a marriage partner and that the relevant passages are often interpreted the same way across the world. A marriage in Islam must be between opposite-sex partners who are not too closely related to each other. Muslim men are permitted to choose wives from among fellow believers or from among other “people of the book”: Christians and Jews. Women are expected to marry only other Muslims.

Polygamy Among Muslims
In Islam, men are often permitted to marry multiple women. The warrant for this is to be found in both the Koran and in the personal life of the Prophet. In many areas where the Koran is open to interpretation, Muslims will look for guidance to the life of Muhammad. In this case, the traditional maximum number of wives is set at four, largely because this is the number of wives the Prophet is said to have had. However, men must show that they’re able to support this number of wives. Women are not permitted to marry more than one man, traditionally because of the difficulty of proving which man fathered which son.

Age of Consent Issues
age-of-consent-issues When in doubt, Muslims will often seek instruction from the life of Muhammad. Such is the case where it applies to the allowable age of consent for marriage. It was written that the Prophet’s favorite wife was Aisha, who was betrothed to him at the age of nine. It is further elaborated that he refrained from consummating this marriage until she had reached the age of twelve. Largely as a result of this account, many Muslim societies have set their age of consent somewhat lower than is common among Western societies. In Yemen, for example, the age of consent—that is, the age at which a girl’s guardian (wali) may consent to her marriage—is nine. In most other majority-Muslim countries, the age of consent is twelve. In some secular Muslim communities, however, local laws and customs determine the allowable age. Such is the case in the United States, where the law generally allows marriage between eighteen year olds or between sixteen year olds with parental consent.

The Differences between Muslim Women and Men
The Koran does not mandate inequality between men and women. Officially, men and women enjoy equal rights and duties in the practice of Islam and also equality in the marriage relationship. This theory, however, is often overridden by local customs and ingrained attitudes among communities. Such is the case in prohibiting polyandry while permitting polygamy, prohibiting interfaith marriage for women but allowing it for men, and allowing the practice of certain courtship rituals. It would be fair to say that in most Muslim schools, women are regarded as being under a kind of guardianship or custody, first of their fathers and then of their husbands. In practice, this affects nearly all aspects of how men and women relate to each other in Islam.

Courtship Among Believers
young-muslim-coupleDating is rare in majority-Muslim countries. What often happens is that a young man of marriageable age will be offered to a girl’s guardian as a prospect. Most of the time, the girl’s consent is sought, and she generally has the right to refuse an unwanted suitor. It should be noted that sometimes her consent is not required to proceed with what her guardian (wali mujbir) feels is a good match. More secular Muslim countries have outlawed forced marriages, while others permit the practice on the grounds that the father or paternal grandfather has the final say in family affairs. This only applies to the prospective husband’s first marriage. Under Islam, the consent of the bride is required to become a second, third, or fourth wife. On reaching agreement, the two families will usually draft a marriage contract that governs the exchange of goods and other property and sometimes even the duration of the marriage itself.

The Marriage Contract
older-muslim-coupleThe marriage contract (aqd-nikah) takes many forms, but its most basic purpose is to cement the bond between the bride and groom. Often, it will contain the details of the mahr, or dowry, the groom must pay the family of the bride. Ratifying this contract usually involves some kind of ceremony—the practice of which varies greatly across Islam.

The Ceremony
The ratification of the mahr can be as simple as a meeting between the groom and his bride’s guardian. The wali intones that he offers his daughter in marriage in the presence of witnesses at the agreed-upon dowry and in accordance with the law (shari’ah). The groom accepts the terms with similar language, and both parties invoke Allah as the “best witness” to the transaction. The ceremony must also be attended by at least two witnesses who are adults of sound mind and can testify to the observance of the law. Many, if not most, Muslim couples go further than this simple ceremony. Muslim marriage sites are often chosen for their proximity to a mosque, although it isn’t a strict requirement that the ceremony be performed there. The Prophet is quoted as calling for marriage to be announced in public and accompanied by the beating of drums, which has led many to believe that a large public ceremony is preferable to the private mahr. After the ceremony, the marriage should be consummated. The Koran even has advice for the marriage night: “One of you should not fall upon his wife like the way an animal does; let there be a messenger between them.”

Property, Custody, and Other Material Considerations
Muslim-mother-and-sonOnce married, the couple will hold all of their worldly goods in common and share the custody of their children. The law on this subject can get extremely complex, and it varies wildly from one country to the next, but the general trend is toward a partnership in all material things. Even in thoroughly secular countries, the terms of the nikah are usually respected by civil courts. This is true even in countries that lack a strong Muslim influence, such as the United States.

Muslim Divorce
Divorce among Muslims is a much-discussed and argued topic. It’s clear from the Koran that Islam holds a generally positive view of marriage, but the relevant law has always allowed for the possibility of divorce. Islam permits the dissolution of marriage for a number of reasons, such as infidelity and incompatibility. The attitude is neatly summed up by the observation that: “of all the permissible things, divorce is the most disliked by Allah.”

Conclusion
The world’s billion or so Muslims practice a faith that is in many ways similar to the other great religions but that maintains its own unique, sometimes fiercely defended, traditions. In contrast to Christian and Jewish marriage practices, marriage in Islam tends to be less individualistic and come in a wider variety of forms and arrangements. The ceremonies celebrating the union range from something as simple as a meeting and brief conversation to a lavish public spectacle. Islam’s attitude toward divorce is at once realistic and regretful. Where it comes to matters matrimonial, Muslim marriage customs are broad enough to fit nicely into just about every society on Earth.